How about something different? Well, introducing the "Merengue Studios Updates" series of blogs, they will be made around, every 2-6 weeks. These are mostly announcements about upcoming videos or what not. So let's get started

Originally planned as a french dub of Several Robloxians (yes, two years later). I decided that i needed to tweak Episode 1/2 in order to be "Sivityigans-ready". Since my voice has somewhat changed from when i made the original series, Roblox Master 2006's voice will be a mix between my/Chazgame2's voice and RM06's original voice.

Since the files of Several Robloxians are lost (other than character models that were repurposed for ChazToon), Most of Episode 2 will be recreated from scratch, including the sets. However, most of Episode 1's footage will be unchanged, but the pace will be altered to sort-of remove the "Evolution of Roblox" feel that was dropped after Episode 1 was uploaded in April 2018.

Steamed 8.1 was somewhat rushed, and the video was interrupted by a message stating that i didn't cared to continue it. Well, i'm continuing it, but at a slower pace. It will be released on PF94 instand of Chaziz. This is because i think it fits more in a style of what PF94 content usually is/was.


What has been cancelled.

The rewind was too ambitious, it was trying to remake/remaster the Chaziz Flashback, which was almost outdated by 2 years at this point. I have made the decision to cancel Chaziz Rewind. However, in 2024, there's a chance that a new Chaziz Rewind/Flashback will come out.
Posted by pf94 at 19:23 No comments: 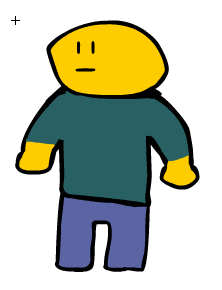 Chazzy has gotten a overhaul, I decided to remove the tail because i just want to remove any traces of Wubbzy on Sivityigans, The obession is already over. (Somewhat ironic considering the series's new name references another pre-school cartoon called "The Backyardigans"... Trust me, i had barely any ideas)

For reference's sake, here's the first two concept arts of Chazzy drawn 4 days before the post "The future of "The Adventures of Several Robloxians"" 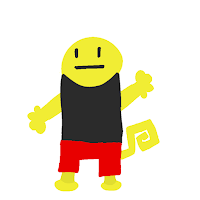 I didn't draw it, someone else did.

Early Sivityigans (Feb/March 2020) is different from what Sivityigans currently is, i'll probably explain more tomorrow after i finish the complicated mess that is school work.
Posted by pf94 at 18:21 No comments:

Email ThisBlogThis!Share to TwitterShare to FacebookShare to Pinterest
Labels: Chazzy

I apologize for not really making blog posts on May, i don't know why, i just didn't cared enough for making blog posts. It seems that working on branding for PF94 and Chaziz Video Entertainment (along with a french channel, still in progress) was more important for me than working on Chazzy, Rocket and Rover?

I was still brainstorming for CRR, and i've decided to rename it to Sivityigans after the introduction of Canberra, yes, yet, another, damn, animal crossing, character. I had other ideas for names, but they were kinda not that great. The thing is, "Chazzy, Rockette, Rover and Canberra" is too long for a name. Yes, Rocket's name has been changed to avoid confusion with yet another Rocket... why.

I announced Sivityigans (back when it was still called Chazzy, Rocket and Rover) on a video called "A look back at the Chaziz Direct", which was the same video to finally introduce the Merengue Studios stuff (which fun fact, was orignially planned to be renamed from "Chaziz Productions" to "ChazzyMerengue Studios").

For comparision, here's a earlier concept art of Rockette, from a earlier stage of Sivityigans' developement. ----->

The second concept art doesn't have the "pink, widget" spots that the first one has, and the first concept art still uses the outfit meant for classic rocky as a placeholder, however, those "rocket = widget" plans were slowly dropped in early-to-mid-April, when the Wubbzy obession was starting to end.

About Rover and Canberra, well, they are still a early work-in-progress. I don't know about their designs and personality, and it often changes during those "brainstorming sessions". Chazzy is more or less finalized, and Rockette has been finalized by this point, only needing minor tweaks.

And no, i haven't done any scripts for Episode 1 (other than that "merge success" script from March). I'm not even sure what's the plot going to be like. Also, i noticed that in a older blog post, It started that Rockette's full name was "Rocket Ticha Willett", this is no longer true, maybe another full name will be revealed on later in the series.

That's all for now.